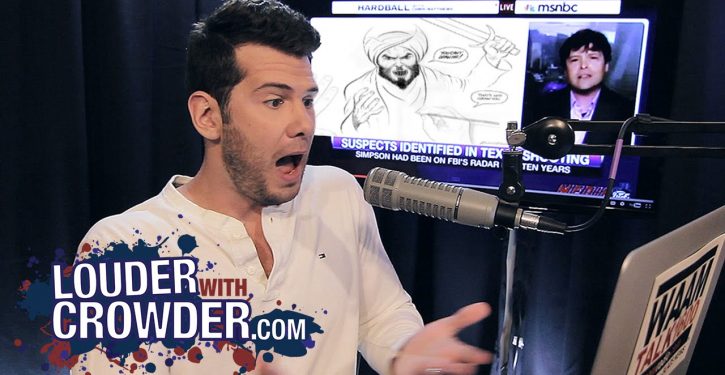 [Ed. – So they didn’t ban Crowder, but they cut off one of his income streams. No harm done?]

YouTube has suspended monetization on conservative commentator and comedian Steven Crowder’s account after previously deciding his videos are not in violation of the platform’s policies.

Crowder faced criticism after Vox‘s Carlos Maza posted a compilation of Crowder in multiple videos attacking Maza by mocking his sexuality and ethnicity. Maza questioned why Crowder’s comments do not violate YouTube’s policies, also saying he has been subjected to online harassment as a result. YouTube in response on Tuesday said that Crowder’s videos “don’t violate our policies” and that “opinions can be deeply offensive, but if they don’t violate our policies, they’ll remain on our site.”

On Wednesday, however, YouTube announced it would be suspending monetization on Crowder’s account. “We came to this decision because a pattern of egregious actions has harmed the broader community and is against our YouTube Partner Program policies,” YouTube said. YouTube linked to a 2018 blog post outlining the company’s policy for when users harm the “reputation of the broader creator community among advertisers.”

Mayor Pete panders to children, tells them Trump is mean and guns are bad
Next Post
Politico: Lay off Biden. He wasn’t plagiarizing. He was ‘agreeing’