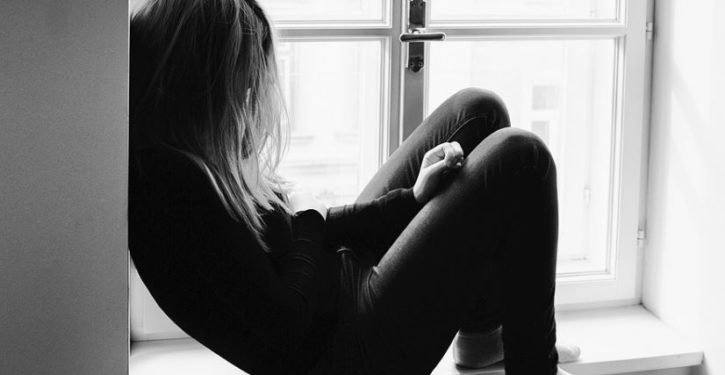 [Ed. – Apparently she was already known to be mentally unstable. Do the purveyors of TDS ever consider how they may be preying on such suggestible people?]

A Florida woman stabbed herself three times with a kitchen knife and told responding officers that President Trump was to blame.

Officers found the unidentified woman standing outside her home in Palmetto, Fla., bleeding from her hands, legs, and face, according to a partially redacted report obtained by the Smoking Gun.

After being asked what was wrong, the woman responded, “I’m tired of living in Trump’s country, I’m tired of Trump being president.”