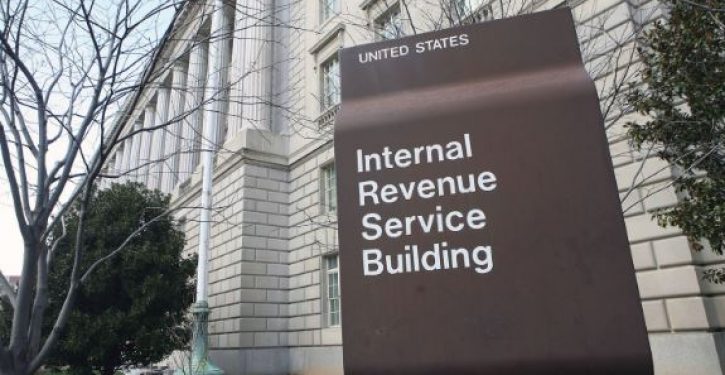 [Ed. – This is a pretty comprehensive win overall. And the beauty of it is that the Trump administration presumably won’t appeal.]

U.S. District Court Judge Reggie Walton ruled in favor of True the Vote in the case, and penalized the IRS for [i.e., by] forcing the tax agency to pay maximum attorney’s fees due to the IRS’s discrimination against the conservative organization that stemmed from the Lois Lerner scandal during the Barack Obama administration all the way back in 2010. In addition to signing a 2018 consent order that included an IRS admission of wrongdoing, Judge Walton ruled last week that True the Vote was entitled to a “bad faith enhancement” to its requested attorney’s fees. In his opinion, Judge Walton wrote that there is “clear and convincing evidence necessary for a finding of bad faith on the part of” the IRS. As such, while the exact amount is still being worked out, True the Vote has requested the recovery of $1.9 million in attorney’s fees from the decades-long court battle.

“The conduct of the IRS and the government was nothing short of shocking,” Brock Akers of the Akers Firm, one of True the Vote’s attorneys, said in the release. “This ruling ought to reflect a collective sigh of relief from everyone that the judicial system really can be turned to for a just end to this nightmare. …”

Discrepancies in Mueller report: Sloppy inaccuracy or deliberate narrative-shaping?
Next Post
Florida woman says she stabbed herself because of Trump