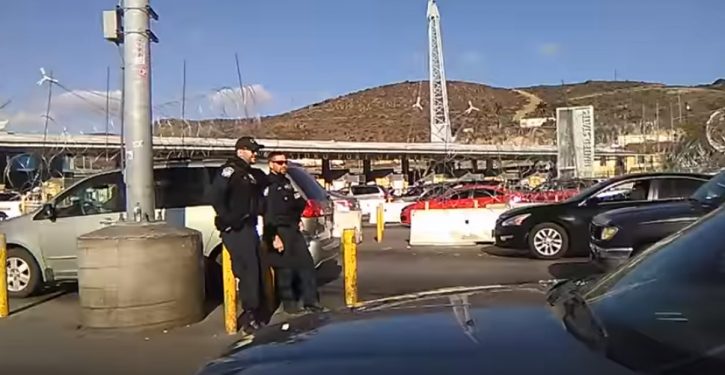 [Ed. – This guy was a U.S. citizen, which is what the news stories are leading with. But does that really matter?  He was pretty much certain to be involved in drug trafficking.  A lot of innocent people were endangered at this extremely busy border crossing during the gun battle.  The outsize influence of crime on the safety conditions at our southern border is a direct result of exactly the lax enforcement and politicization the American voters are complaining about.]

Shots were fired after the man, driving northbound, failed to stop for an inspection at the border crossing located south of San Diego, CBP confirmed. …

A CBP spokesperson said a driver in a white pickup truck attempted to drive through the inspection area at around 7:30 p.m.

Govt-ordered Internet shutdowns more than doubled between 2016 and 2018
Next Post
Think voting is too secure now? Take heart: ‘Vote by phone’ may be on the way