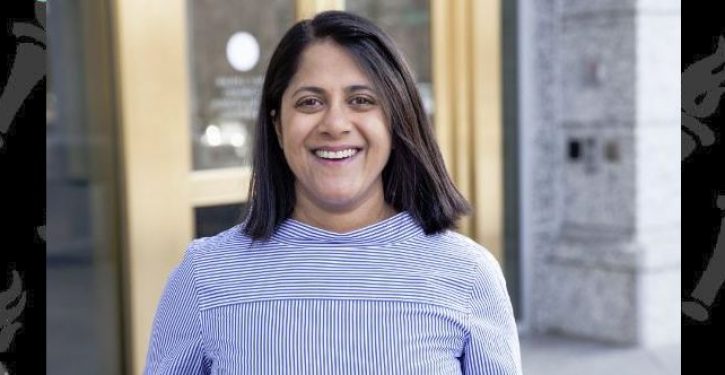 A former Democratic congressional candidate attacked white people and the American flag in a series of angry tweets Sunday.

Saira Rao, who ran for Congress in Colorado’s first district last year, blamed white people for making her life “miserable,” and said that she can’t stand the sight of the American flag.

Rao was supported by far-left political action committee (PAC) Justice Democrats during her campaign last year but was easily defeated in the Democratic primary by long-term incumbent Diana DeGette, a white woman.

After her primary defeat, Rao said that she was ready to “give up” on white people, blaming them for her loss. Before her loss, Rao also wrote an open letter to the Democratic party in the Huffington Post, ripping them for not doing enough to combat racism.

“You’ve taken my love, my money, my tokenism, with nary anything in return,” she said. “You continue to call angry white men who commit mass murder ‘lone wolves.’ But if someone who looks like me screams ‘Allah’ and fires a gun, it’s “terrorism.”

NYT warns reporters to stay away from Rachel Maddow, other shows seen as ‘too partisan’
Next Post
Whoa: RBG just sided with conservative justices?