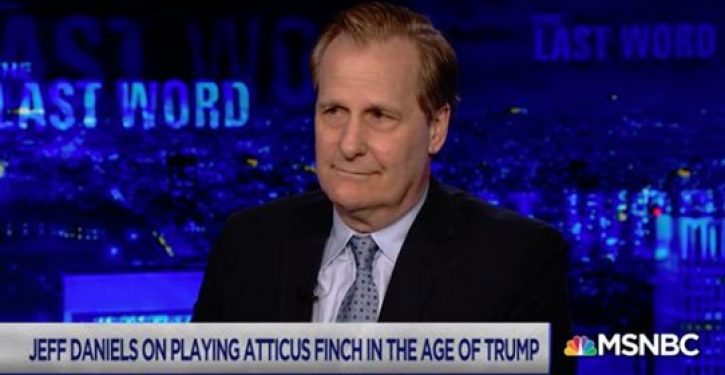 Dumb And Dumber Actor Jeff Daniels joined Lawrence O’Donnell on his MSNBC show that brings in 10s of 10s viewers to express his disdain of President Trump.

It’s not the first time Daniels has gone on MSNBC to voice his displeasure of the Trump administration. The only problem is, he’s irrelevant. Nobody on the right listens to Hollywood actors unless they are pushing the same message so there’s no win-win here.

Daniels claims that Trump has gone off the rails and “completely soiled” the Oval Office.

During his appearance on MSNBC’s Last Word, Jeff Daniels praised never-Trumper Justin Amash for calling out President Trump and urging Republicans to support his call for impeachment and vote for Joe Biden.

Daniels: “This president has completely soiled the Oval Office. Soiled the presidency. And you’ve got a lot of people — and I keep looking at them. I go, ‘when is enough enough?’