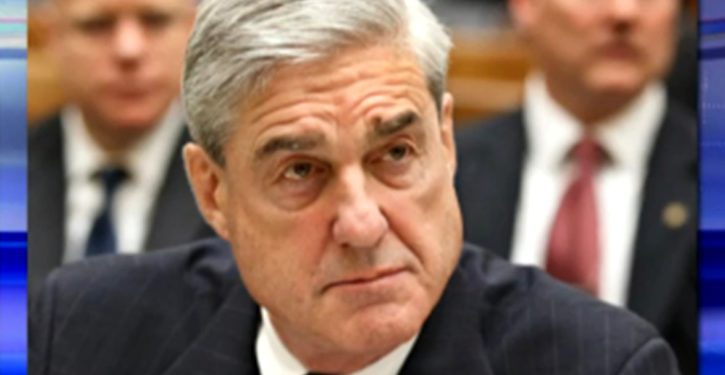 [Ed. – He prefers to hide under a rock at this point.]

I found his press conference to be baffling, and it raised serious concerns over whether some key decisions are easier to reconcile on a political rather than a legal basis. Three decisions stand out that are hard to square with Mueller’s image as an apolitical icon. If he ever deigns to answer questions, his legacy may depend on his explanations.

One of the most surprising disclosures made by Attorney General William Barr was that he and Deputy Attorney General Rod Rosenstein expressly told Mueller to submit his report with grand jury material clearly marked to facilitate the release of a public version. The Justice Department cannot release grand jury material without a court order. Mueller knew that. He also knew his people had to mark the material because they were in the grand jury proceedings. …

Five days after submitting his report, Mueller sent a letter objecting that Barr’s summary letter to Congress “did not fully capture the context, nature, and substance” of the work and conclusions reached by his team. He complained that “there is now public confusion about critical aspects of the results of our investigation.”

Daily Beast, with help from Facebook, ‘outs’ private citizen it claims is behind viral drunk Pelosi video
Next Post
Cory Booker confirms that killing babies is one of the Democratic Party’s ‘values’