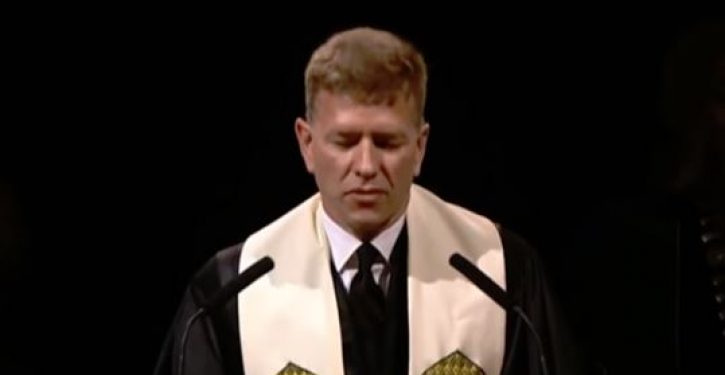 [Ed. – Straight white men who were graduating must have been thrilled.]

Get a load of the racially-charged prayer delivered at Baylor University’s 2019 commencement by Dan Freemyer, a minister at Broadway Baptist Church in Fort Worth.

“God, give them the moral imagination to reject the old keys we are trying to give them  to a planet that we are poisoning by running it on fossil fuels and misplaced priorities – a planet with too many straight, white men like me behind the steering wheel while others have been expected to sit quietly in the back of the bus,” the minister prayed.

Did you notice the cheers from the crowd?

A friend from Get Religion sent me a link to an exclusive story about the prayer written by Rod Dreher, a fine writer for The American Conservative.