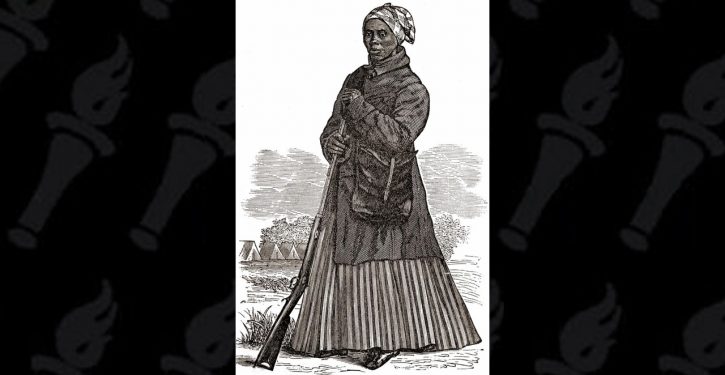 [Ed. – Whenever I see these headlines now, I assume someone will be along shortly to debunk them.]

I don’t know where these moral panics of the left originate.  One of their prize idiots came up with this idiotic idea about how Trump must be slow-walking the Harriet Tubman bill because a man who hired and worked with people of all colors and sexes is supposedly racist and sexist. …

Trump is not slow-walking the bill. The bill was always intended to take 10 years to design and introduce. It was part of how it was announced.

Note this article from Money magazine from April 21, 2016 (you know before the election of Trump, the antichrist of the left?):

The problem is the slow pace at which the U.S. government typically moves to adopt change,  according to Wired. In a  letter posted on Medium, Treasury Secretary Jacob Lew said the Bureau of Engraving and Printing will unveil new looks for the $5, $10 and $20 bills in 2020 in honor of the 100th anniversary of women’s suffrage.

The new bills won’t go into circulation then, however; they’ll merely be shown to the public. It could take many more years to pass before the average American has a wallet full of Harriet Tubman $20s.

Ex-CIA officials, fuming over declassification, seemed fine with intel agencies leaking like a sieve in the past
Next Post
Elderly, disabled federal employee harassed for being Trump supporter