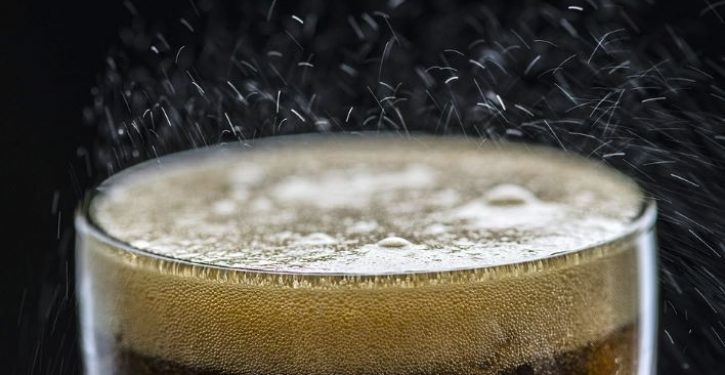 [Ed. – The nanny state takes another kick in the rump.]

The citizens of Philadelphia have been rocked by a tax on sugary drinks like soda, although the hike was intended to improve their health.

As outlined by Hotair on Saturday, the “soda tax” has actually led to Philadelphia residents traveling outside the city to buy their soda (and likely other goods), decreased the city’s revenue, and led to layoffs in the local beverage industry and cut hours for employees at small markets. It did not, however, lead to an increase in healthier beverage purchases in the city.

When the soda tax was first announced, workers at Pepsi took a hit. “With sales slumping because of the new Philadelphia sweetened beverage tax, Pepsi said Wednesday that it will lay off 80 to 100 workers at three distribution plants that serve the city,” philly.com reported in March of 2017.

And last month, the local outlet reported that the owner of Acme Markets, who has 16 stores in Philadelphia, had to cut employees’ hours because of the tax: “The beverage tax fell on about 4,000 items.