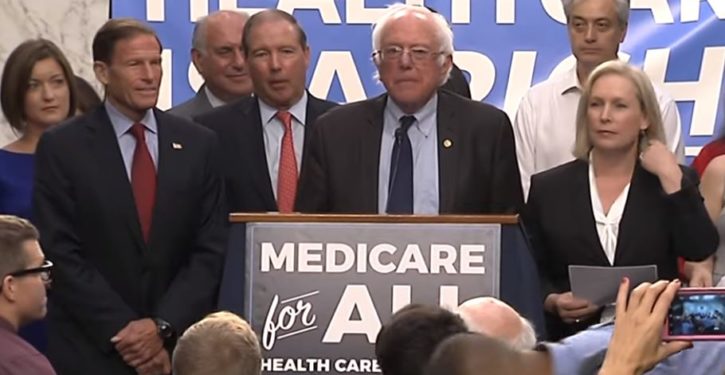 [Ed. – Reimbursement rates, which are sustainable because doctors and hospitals receive higher reimbursements under private health insurance, would become unsustainable. under ‘Medicare for All.’ —Legal Insurrection]

The prices paid to U.S. hospitals by private insurers are about 2.4 times higher than the rates Medicare would have paid, according to a new Rand Corp. study.

If employers and health plans participating in the study had paid hospitals using Medicare’s payment formulas, total payments over the 2015-2017 period would have been reduced by $7 billion—a decline of more than 50%.

The study, which looked at the prices paid by private health plans to 1,600 hospitals across 25 states, also found prices varied widely between different states.

Massive 82% spike in anti-Semitic hate crimes in New York City, NYPD finds
Next Post
The great misdirection: House Dems on a mission to find facts that have already been found