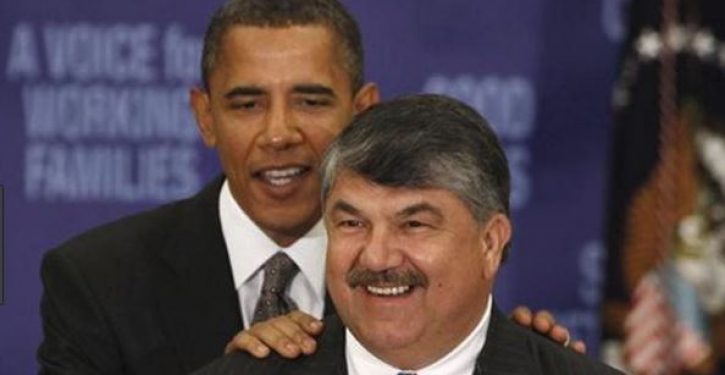 The largest labor union in the United States posted a video Tuesday that should scare the bejesus out of every freedom-loving American citizen. The AFL-CIO essentially removed its mask and took the gloves off to announce that its endgame is communism.

Perhaps emboldened by Rep. Alexandria Ocasio-Cortez’s Green New Deal, prompted by Sen. Elizabeth Warren’s call for a tax on assets, or encouraged by Sen. Bernie Sanders’ Medicare for all, the message denies capitalism’s greatest gift to mankind — the creation of the middle class.

Dan Whelan, the video’s messenger, who’s described as a “Marxist roofer,” claims that the American middle class is instead, “a fiction.”

The 2-minute-plus video was posted on the AFL-CIO’s Twitter account, along with the inscription, “We all need to seize the means of production.”