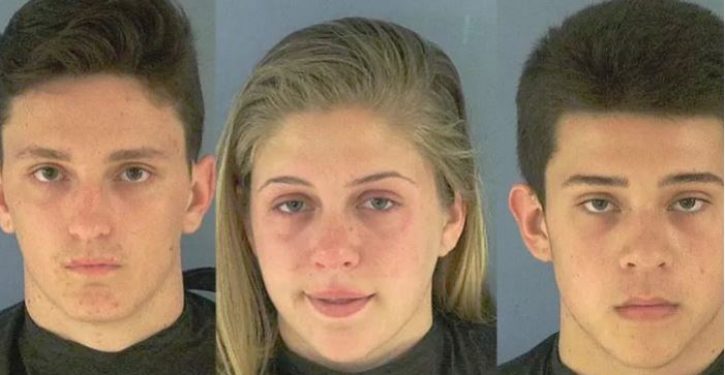 Two uniformed, on-duty deputies stopped at the Highway 55 Restaurant for dinner last Saturday, according to the Okeechobee County Sheriff’s Office. It was later discovered that three teenage employees conspired to spit in the deputies’ food.

An anonymous person later notified the restaurant owners what happened.

The owners immediately watched surveillance footage that confirmed the accusations, the sheriff’s office said. The three employees were immediately fired and Okeechobee police were called.

According to the sheriff’s office, the owners were “quite upset” and were fully cooperative.

The three employees were each charged with Florida Anti-Tampering Act – Food, a first-degree felony, and battery on a law enforcement officer, a third-degree felony, according to the sheriff’s office. They were taken to the Department of Juvenile Justice.