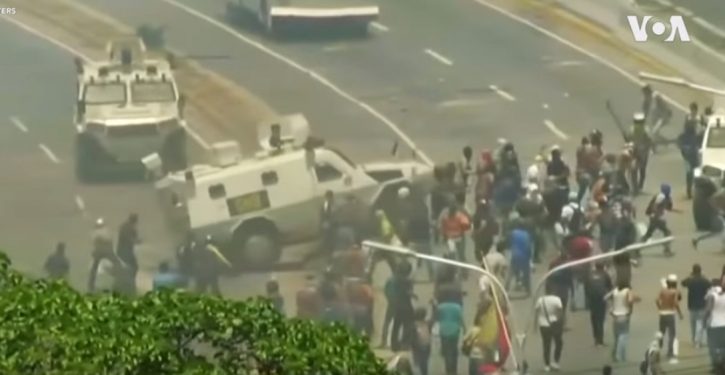 [Ed. – Although this could go either way in theory, the momentum is on the side of Guaido and the protesters. There is little evidence that Maduro is in charge of the forceful response from his remaining loyalists. Trump has warned Cuba against trying to shore him up; the best thing the U.S. can do at this point is prevent Cuba or Russia from sending Maduro lethal aid.]

Armoured vehicles operated by soldiers loyal to the besieged president were seen ploughing into demonstrators in front of La Carlota base in Caracas.

Heavy gunfire crackled through the Venezuelan capital on Tuesday after opposition leader Juan Guaido called for a military uprising to oust President Maduro.  …

Vice President Mike Pence voiced the Trump administration’s support in both English and Spanish, by tweeting: ‘We are with you.’

It also emerged today that Maduro was ready to leave Venezuela but Russia convinced him to remain in the country, according to U.S. Secretary of State Mike Pompeo.

‘Nerves of steel!,’ Maduro said on Twitter. ‘I call for maximum popular mobilisation to assure the victory of peace. We will win!’ 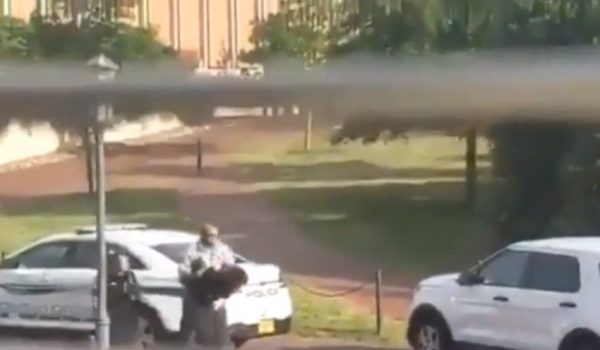