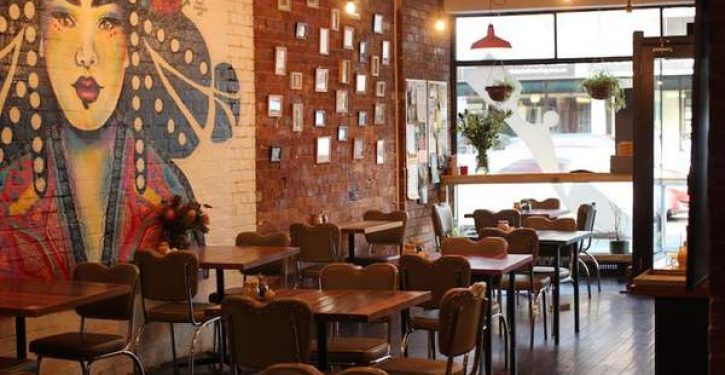 [Ed. – Aw, too bad. Vegan food is so-o-o good. And the ‘man tax’ was probably a precursor to the white people tax.]

A café that caused controversy by charging male customers a “man tax” to bridge the gender pay divide is closing down.

Handsome Her, a vegan café in Melbourne Australia, sparked global debate in 2017 when it announced it would offer women priority seating and charge men an 18 per cent premium to “reflect the gender pay gap”.

After two years of trading, the café announced it would be closing its doors for good on April 28.

Co-owner Alexandra O’Brien has not detailed the reason behind the move, but Handsome Her has endured a widespread backlash for its perceived reverse sexism.

In a post entitled ‘A Handsome Farewell’, Ms O’Brien wrote: “It’s been a wild journey to say the least. When we opened Handsome Her in 2017, we expected that perhaps we might make a stir through our brazen public discussions of structural inequality and oppression.

“The man tax blew up the internet, an idea that we didn’t think was all too radical, yet the way the world responded showed us how fragile masculinity is and solidified the necessity for us to confront and dismantle patriarchy.