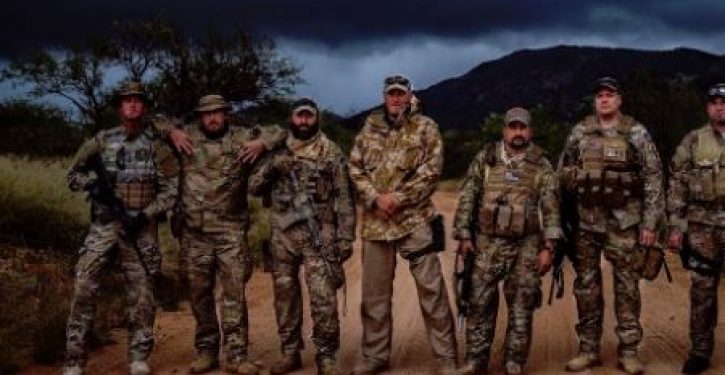 [Ed. – Democrats and the Southern Poverty Law Center paint Hopkins’s group, the United Constitutional Patriots (UCP), as a fascist organization that promotes hate. A spokesman for UCP says its members have helped the U.S. Border Patrol detain over 5,600 migrants in the last two months and that the group is patriotic.]

The FBI on Saturday said it had arrested Larry Hopkins, the leader of an armed group that is stopping undocumented migrants after they cross the U.S.-Mexico border into New Mexico.

Hopkins, 69, also known as Johnny Horton, was arrested in Sunland Park, New Mexico, on a federal complaint charging him with being a felon in possession of firearms and ammunition, the Federal Bureau of Investigation said in a statement.

“We’re not worried about it, he’s going to be cleared,” said Jim Benvie, a spokesman for the United Constitutional Patriots (UCP), blaming his arrest on political pressure from Lujan Grisham.

Hopkins is the “national commander” of the UCP, which has had around half a dozen members camped out on a rotating basis near Sunland Park since late February.

Prior reporting confirmed that some FBI agents were fed up with Comey
Next Post
Say, this Steele dossier appears to be false (and maybe was a Russian disinformation effort)