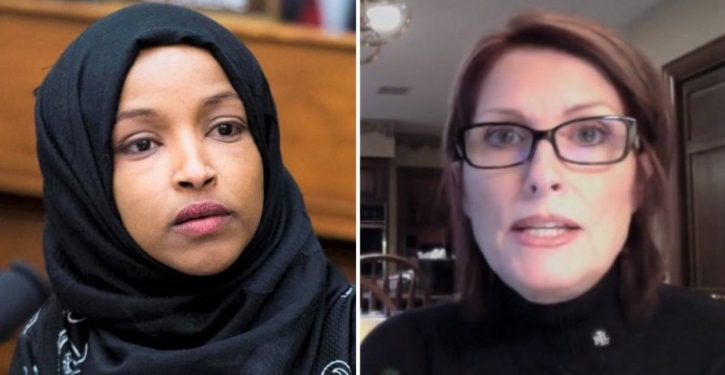 [Ed. – What are the chances the Left won’t vilify Cardoza-Moore as an ‘Islamophobe’?]

The president of an evangelical group has launched a massive campaign to get Democrat Congresswoman Ilhan Omar removed from office, citing her “uneducated, anti-American” rhetoric and “holy war” on Jews.

Laurie Cardoza-Moore is the founder and president of an evangelical group called Proclaiming Justice. She’s also the host of a popular TV show called “Focus On Israel.”

Ilhan Omar tricked her electorate into voting for her by lying about her support for Israel. She supports the destruction of the State of Israel and is a virulent anti-Semite with close connections to the Muslim Brotherhood.”

How much longer can CNN last? It’s a ratings disaster
Next Post
Prior reporting confirmed that some FBI agents were fed up with Comey