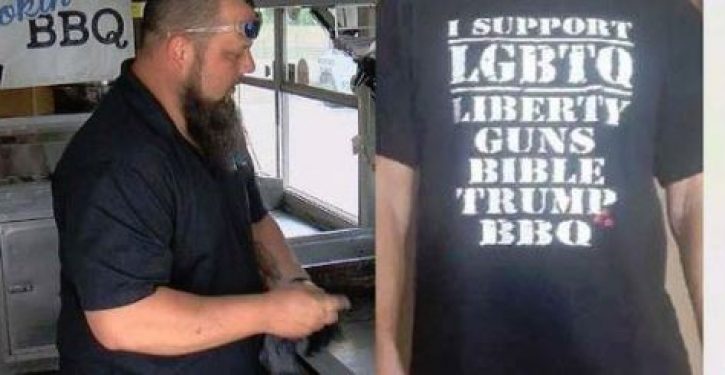 Uh-oh, this could turn out to be the biggest T-shirt outrage since a reporter spotted at Bloomingdale’s a T-shirt that said, “Fake News.”

Bloomingdale’s caved just one day after the reporter posted her outrage on Twitter and said it was working to have the offensive shirt removed from all stores as quickly as possible.

But this — now this is controversial. A barbecue truck in Kentucky advertised a T-shirt, reading “I Support LGBTQ: Liberty, Guns, Bible, Trump, and BBQ,” on Facebook, and … ended up selling a lot of shirts.

A Kentucky barbecue food truck is getting a lot of heat after advertising its T-shirts on social media.

Belle's Smokin' BBQ took a play on the acronym LGBTQ and changed it to Liberty, Guns, Bible, Trump and BBQ.

What do you think? https://t.co/pQ1YkaEO0z

Owner Jamie Smith says he has already sold out all of his shirts and has a back order for more, and posted the following in response to the backlash online. …

Forget Trump: Here are five reasons why Obama should have been impeached
Next Post
‘OK to sexually assault mentally disabled people because they can’t comprehend it’ 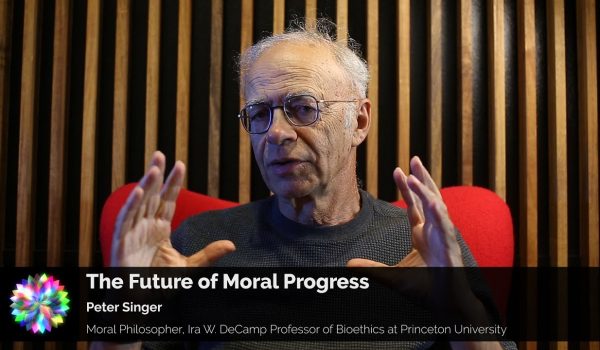