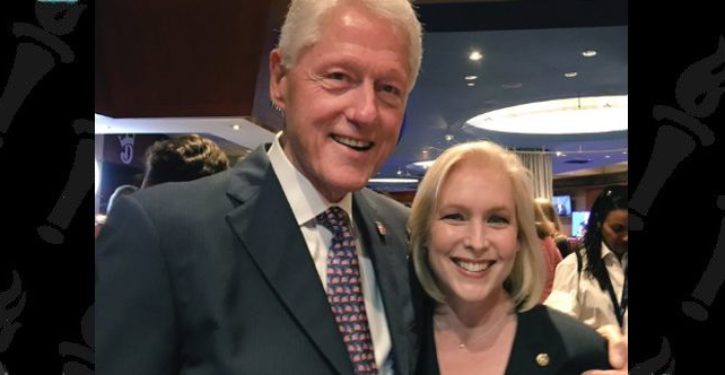 [Ed. – And they’re still old-school Marxists, over at the Institute for Policy Studies. As Griswold says, they were well known as a front for Soviet influence operations during the Cold War.]

2020 Democratic presidential candidate Kirsten Gillibrand is set to sign on to a policy proposal penned in part by a Marxist think tank best known for serving as a de facto Soviet mouthpiece during the Cold War.

BuzzFeed reported Tuesday that the New York senator will endorse a new report recommending steps to reduce the racial wealth divide, including policies such as a commission to study slavery reparations.

“A draft of the report, titled ‘Ten Solutions to Bridge the Racial Wealth Divide,’ will be jointly released this week by the Institute for Policy Studies, the Kirwan Institute for the Study of Race and Ethnicity, and the National Community Reinvestment Coalition,” they report. Gillibrand told BuzzFeed News that she was “proud” to support the document.

One of the organizations Gillibrand is “proud” to partner with, the Institute for Policy Studies (IPS), was infamous during the Cold War for its defense of Communist governments and for its kneejerk support of the Soviet line.

CNN’s April Ryan: Sarah Sanders’s head should be (figuratively) ‘lopped off,’ and it’s ‘incitement’ to quote Ryan on that
Next Post
How to defeat the National Popular Vote Interstate Compact