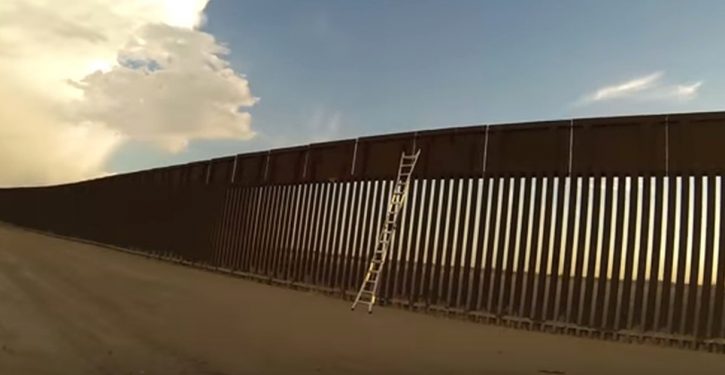 [Ed. – This was in Ahwatukee, just south of Phoenix, so not directly on the border. The perps were U.S. citizens, apparently.  Just another day of the mayhem encouraged by not controlling the U.S. border.]

According to federal criminal complaints, federal agents began investigating a human smuggling operation when a man in the country illegally turned himself in to a Tohono O’Odham police officer on March 20 near Sells, Arizona.

That man, Adrian Morales, said he had just escaped a group of four people who had promised to take him to the hospital but instead took him to a house, threatened him with a knife and robbed him. …

Agents were able to identify the driver of the SUV as 35-year-old Warren Jose, a U.S. citizen.

[A]gents say Jose started firing at agents from the front passenger seat with an AK-47-style assault rifle. Agents returned fire, and in the exchange the SUV’s driver was hit and killed. …

In an updated statement Wednesday, Immigration and Customs Enforcement said the four agents treated for injuries as a result of the shooting had been released from the hospital and were recovering.