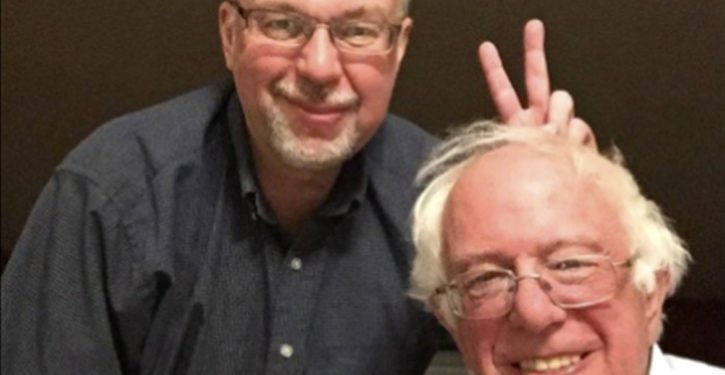 [Ed. – A case well-argued by Philip Klein. I’d agree, provisionally, and shorten the case to one word: Bernie.  If he’s a strong contender through the primaries and can’t be sidelined, that’s your contested DNC.  That would be why the Democracy Alliance is already working on how to take him down.]

In 2020, Democrats are dealing with several factors, including the size and composition of their field, the delegate allocation rules, and the voting procedures for choosing a nominee, that all increase the likelihood of a contested convention.

The sheer size of the Democratic field is one issue. It’s simple math. … Currently, there are 19 candidates, not including Joe Biden.

What’s more, there’s no clear front-runner. Biden tops most polls, followed by Sen. Bernie Sanders, I-Vt., but both of them have many vulnerabilities and certainly shouldn’t be considered prohibitive front-runners.

The Democratic Party system, however, is totally proportional. That means that delegates are split at both the state level and the congressional district level among all candidates who receive at least 15% of the vote. Given the size and diversity of the field, it isn’t hard to envision candidates being able to peel off 15% here or there, and deny any one candidate a majority of delegates.