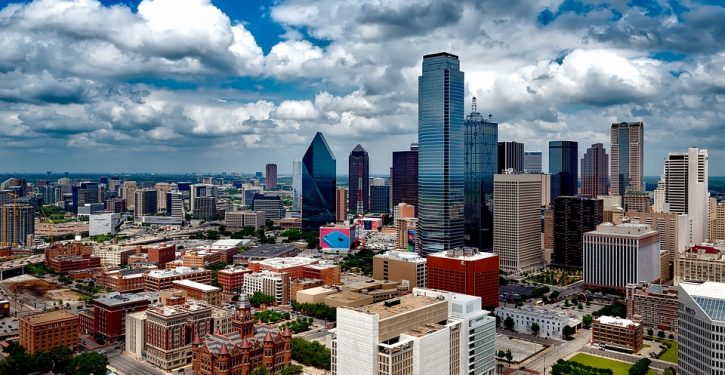 As demographic change sweeps away Anglo-rule from Texas, the erosion of the Anglo-American heritage of the judicial system is swift.

All to help “people of color and people who are poor” from going to jail. [Dallas DA reveals plan for ‘ending mass incarceration’ for petty crimes, slashing probation and bail, Dallas News, April 11, 2019]:

Dallas County will move away from “criminalizing poverty,” District Attorney John Creuzot announced Thursday, outlining a reform plan to decriminalize low-level crimes and decrease the use of excessive probation and bail.

In an open letter to the public, Creuzot detailed his plan to curb overly high bail amounts and stop prosecuting most first-time marijuana offenses and some misdemeanors that he believes often stem from poverty.

Trump outraises Dem rivals with $30M first quarter, even surpassing Obama
Next Post
Assange reportedly smeared his poop all over embassy walls, had the greasiest pants