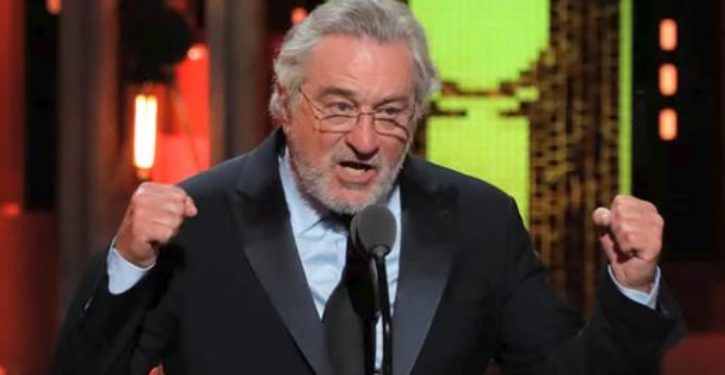 [Ed. – How does he plan to retaliate apart from temper tantrums? By rallying Democrats to elect more marginal human beings with radical ideas to office?]

Speaking in a “Hollywood Reporter in Studio” interview, actor Robert De Niro, who has repeatedly stated his hatred for President Trump, enlarged his target to include Republicans in general, threatening, “We’re not gonna forget” that they supported Trump. De Niro also warned that if the Mueller report didn’t eventually give leftists what they wanted, “There’s going to be a lot of mass demonstrations, a lot of protests.”

The segment of the interview dealing with Trump started with the interviewer asking De Niro about his performance as Special Counsel Robert Mueller on “Saturday Night Live.” De Niro grandly stated, “I consider it my civic duty to do that part — just to be there because he doesn’t say much, but he doesn’t have to. It’s that simple. I might even be happier the day that Mueller puts him in handcuffs, takes him in an orange jumpsuit and puts him away for a long time.”

Trump to Omar: We will never forget what you said about 9/11!
Next Post
Abortionist says he does abortions because he’s a ‘Christian,’ killing babies is a ‘ministry’ 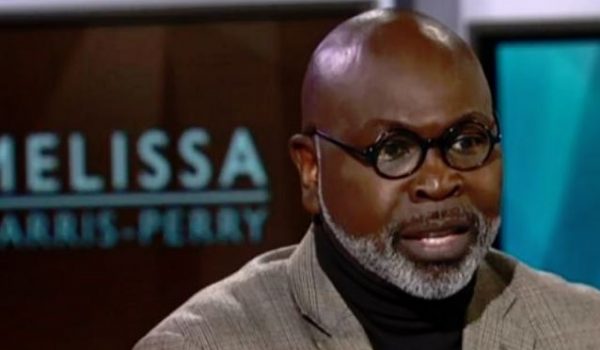