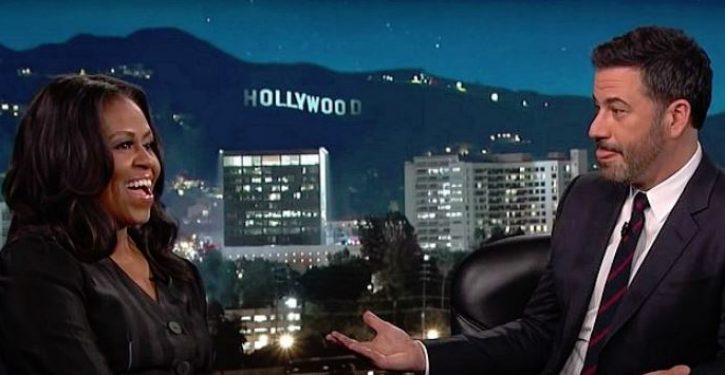 Like most other late-night hosts on TV, the star of Jimmy Kimmel Live on ABC has been relentless in his nasty, unfunny “jokes” about Donald Trump. However, the host may have finally begun running out of comments against the President since on Tuesday night, he went even further than usual by attacking two of his sons. Regarding the crisis at the border, Kimmel sneered, “If Trump really wants to put kids in cages, he should start with Eric and Donald Jr.”

In another sign that the comedian has become a completely unhinged Democratic hack, he included verbal barbs aimed at Republican Congressman Devin Nunes, asserting that the California Republican is “the toilet paper stuck to Trump’s shoe.”

As NewsBusters previously reported, Trump announced on Monday that Kirstjen Nielsen was stepping down as Secretary of Homeland Security, a move that resulted in many angry comments from the mainstream media about her “tumultuous tenure” in office.

Among the issues Nielsen dealt with while in the federal government was the “policy” of separating children from adults caught illegally crossing the U.S. border with Mexico, which the President blamed on his predecessor, Democrat Barack Obama.

A Sikh man’s beard cost him his job: Kamala Harris fought him in court
Next Post
Hillary Clinton says Julian Assange must ‘answer for what he has done’