Rep. Jerrold Nadler, D-N.Y., chairman of the House Judiciary Committee, is the leading Democrat demanding the release of the Mueller Report “in its entirety” without redactions.

His committee is planning to subpoena the Justice Department for the full report.

But back in 1998, as a member of the same committee, he vociferously opposed the release of the full Starr Report, saying that “as a matter of decency and protecting people’s privacy rights, people who may be totally innocent third parties, what must not be released at all.”

Then, the president was Bill Clinton. Now, it is a Republican, Donald Trump.

Ken Starr, the independent counsel investigating then-President Bill Clinton, delivered his report to Congress on Sept. 9, 1998. That night, Nadler went on Charlie Rose’s show to push back against the Republican demand that the voluminous report should be made public. “It’s grand jury material. It represents statements which may or may not be true by various witnesses,” Nadler said. “Salacious material. All kinds of material that it would be unfair to release.”… 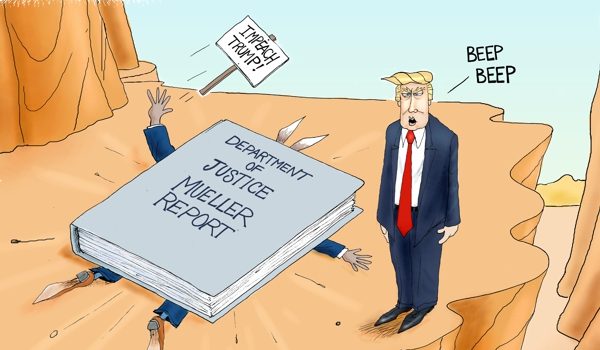