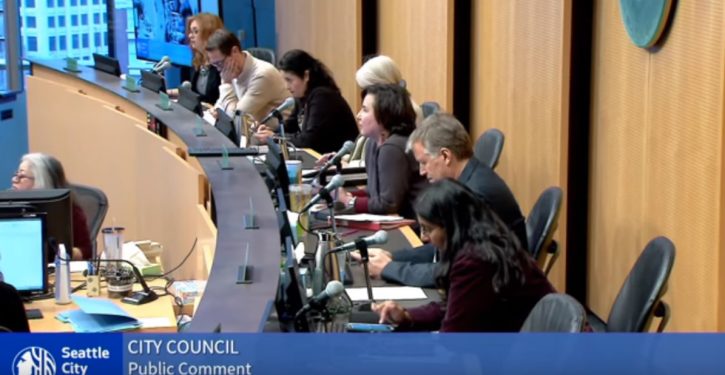 [Ed. – You can tell this guy is nervous and a little timid, and there’s no knowing how often he goes before the city council. But the council members’ attitude says it all. They don’t give a flip about him or his comment. This video just needs to go viral.]

[E]very once and awhile you get someone who hopes to earnestly discuss an issue that’s important to them and others. When that person comes, you expect a council to at least put down their phones for 120 seconds and show some modicum of respect, even if the person shows up frequently.

Unless, of course, you’re an elitist on the Seattle City Council that doesn’t care what you say or think.

In a video spreading on Facebook, a man is shown at a March 11 public comment period to discuss the state of our Democracy, but he didn’t get a chance to make his comments.

He was instantly ignored by a disinterested council. That disturbed him.