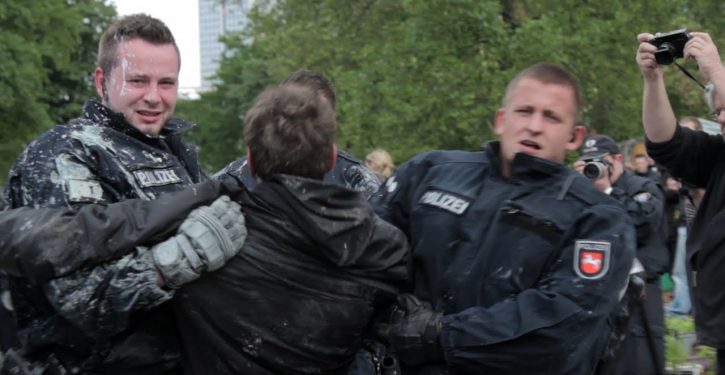 [Ed. – Rep. Ilhan Omar was too busy laughing to respond.]

Ten suspected terror plotters have been arrested in Germany on suspicion of planning a jihadist attack with a car and guns.

German prosecutors said the 10 suspects were under investigation for plotting to ‘kill as many people as possible’.

The suspects, ranging in age from 20 to 42, were detained in raids conducted by police in the region around Frankfurt earlier on Friday.

No details were provided on the nationalities of the suspects.

The main suspects were a 21-year old man from Offenbach, a city near Frankfurt, and two 31-year brothers from Wiesbaden, who were associated with the Islamist Salafist community in the area, prosecutors said.

According to FNP, the terror suspects had already been in contact with weapons dealers and hired a ‘larger vehicle’.

Which 2020 Democrat is weirdest?
Next Post
Lawsuit challenges arbitrary drivers license suspensions for those who can’t pay child support