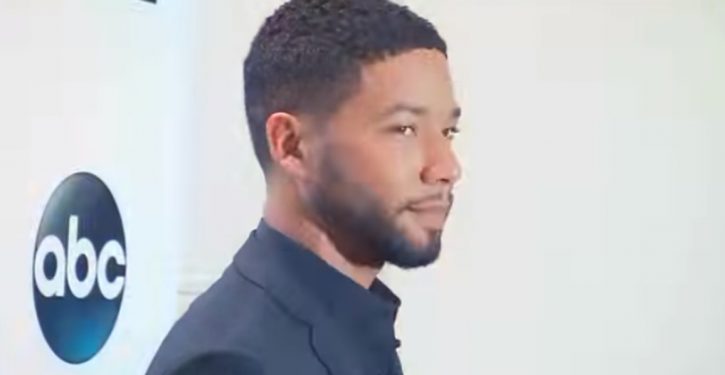 [Ed. – The FOP is right: the prosecutor’s actions, at least as reported, smell of crony interference.  Some good local reporting and diligent bloggers picked up on this early.  It needs a wirebrushing.]

The Chicago Fraternal Order of Police has requested that the Department of Justice open an investigation into Cook County state’s attorney Kim Foxx’s handling of the Jussie Smollett hate-crime-hoax case.

Foxx ultimately recused herself from the investigation, but only after asking Chicago Police Department superintendent Eddie Johnson to turn the case over to the FBI at the behest of one of Smollett’s relatives and a former Obama administration official, according to emails and text messages obtained by the Chicago Sun Times.

The unnamed Smollett relative was reportedly put in contact with Foxx by Tina Tchen, a private attorney who formerly served as chief of staff to Michelle Obama and as an assistant to Barack Obama.

Moment of eventhood: Could hapless May blunder into the right outcome with a no-deal Brexit?
Next Post
With Minnesota Democrats souring on her, Rep. Ilhan Omar lashes out at Trump