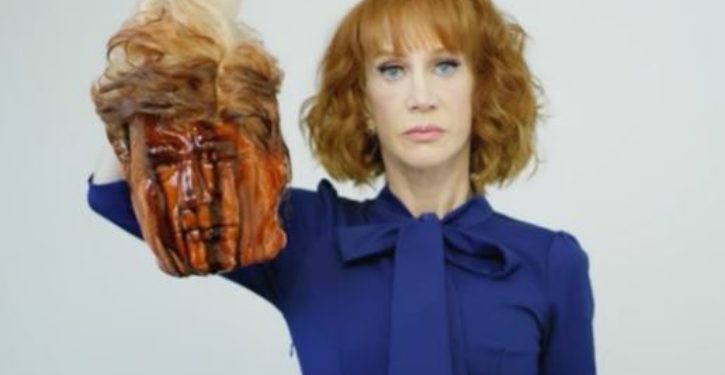 [Ed. – She is not only consumed by blind hatred but suffers from paranoia as well.]

Kathy Griffin complained in a recent interview that she’s still being blackballed in Hollywood for her infamous President Trump decapitation photo she took over a year and a half ago.

The Grammy-winning comedian appeared at South By Southwest this week to premiere her new stand-up film, “Kathy Griffin: A Hell of a Story,” which she financed herself because she said she can’t find any allies in the entertainment industry.

Ms. Griffin became a public pariah in 2017 when she was photographed holding a fake severed head depicting the president. The comedian was widely condemned and lost sponsors, hosting gigs and tour dates over the stunt. She said she was investigated for months by the Department of Justice and placed on the federal no-fly list during that time.

“Never in the history of the United States has a sitting president used the power of the Oval Office, the first family, the right-wing media, and the Department of Justice to try to make an American citizen unemployable and uninsurable for an absolute non-threat that was covered by the First Amendment,” Ms. Griffin told The Daily Beast in an interview published Tuesday. 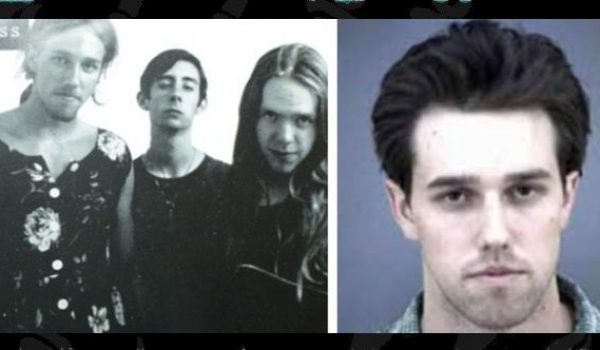