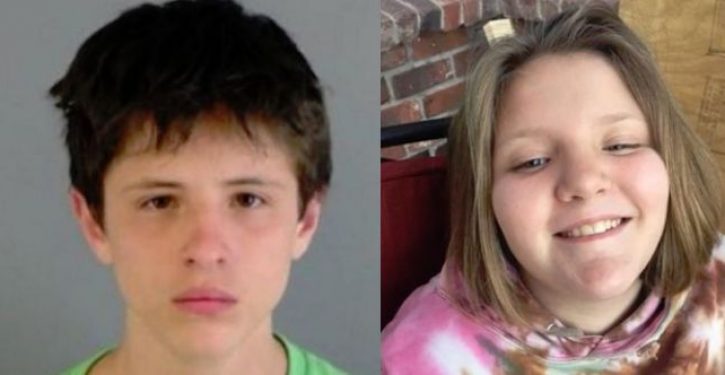 A Colorado teen convicted in the metal-pipe beating death of a 10-year-old girl was sentenced to life in prison Tuesday.

Aidan Zellmer, now 17, was tried as an adult. He ultimately pleaded guilty, as part of a plea deal, to one count of first-degree murder in the death of Kiaya Campbell on June 7, 2017. He could become eligible for parole after 40 years, authorities said.

“In 27 years as a prosecutor, I have never seen a 15-year-old commit such a violent act,” 17th Judicial District Attorney Dave Young said at the sentencing, according to Fox 31 Denver.

Kiaya suffered multiple blunt-force injuries to the head as well as wounds to several fingers, according to an autopsy report. Officers used blood and DNA evidence collected from Zellmer’s shoes to link him to the murder, the station reported.

The affidavit said Kiaya’s body was found naked from the waist down and there was evidence of a sexual assault, though sex crime charges were later dismissed as part of the plea deal, according to Fox 31.

Zellmer and Campbell had left their house in Thornton, a Denver suburb where they both lived, to go steal Pokemon cards and candy, the affidavit said.