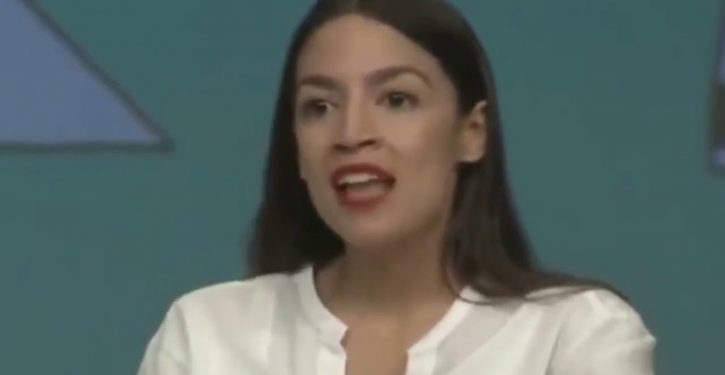 [Ed. – She really is out to destroy the country.]

Dubbed the “Wall Street Tax Act of 2019,” the legislation. would impose a tax on the purchase of most securities – including stocks and bonds – and on transactions involving derivatives. The tax would be about 0.1 percent of the value of the security or 0.1 percent of all payments made under the terms of a derivative contract.

The measure’s main sponsor is Oregon Rep. Peter DeFazio. Ocasio-Cortez’s involvement with the legislation was confirmed by FOX Business on Tuesday.