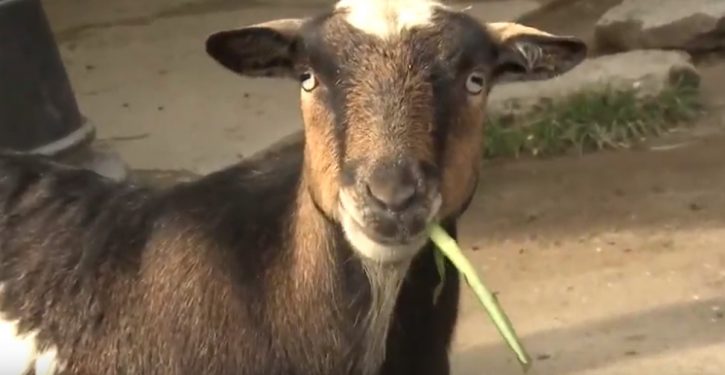 [Ed. – Apparently they were looking for a mayor who would keep the grass mowed.]

A 3-year-old Nubian goat named Lincoln is poised to become the first honorary pet mayor of the small Vermont town of Fair Haven. …

The ballot of 16 pets was open to all town residents. Most of the other candidates were dogs and cats; a gerbil named Crystal also was a candidate.

Lincoln, with 13 votes, beat out a dog named Sammie that received 10 votes. The other candidates combined for 30 votes. …

Fair Haven, a town of about 2,500 along the border with New York just west of Rutland, does not have a human mayor.