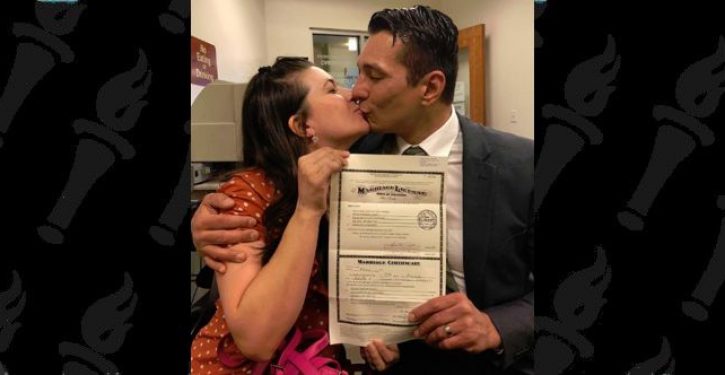 [Ed. – True, inbreeding leads to gross genetic maformities, but as the Left argued on behalf of extending the definition of marriage to include same-sex couples, ‘Love is love.]

Two cousins who say they are in love with each other have created an online petition calling for the state of Utah to allow them to get legally married. “My first cousin and I have been in love with each other our whole lives but we are prohibited from marrying in the state of Utah where we live,” Angela Peang writes in the petition. “We believe that the law is outdated and it needs to be changed so that we can socially legitimize our love.”

The couple’s goal is to get 1,000 signatures; as of Wednesday morning, about 75 have signed on. Peang told CBS News she’s loved her cousin, Michael Lee, since she was in second grade. Peang’s father is the oldest of 12 children; his sister, the fifth child in that family, is Lee’s mother.

“We just always played a lot,” Peang remembered of her childhood interactions with Lee. “We went into a closet and we were kissing and dancing together. It just felt really natural.”

Rep. Rashida Tlaib to introduce articles of impeachment by end of March
Next Post
NYC school suspensions down dramatically, classroom chaos up