[Ed. – ‘The top story on Politico right now is literally a puff piece on Elizabeth Warren’s dog, but please lecture me on how the media is equally as tough on Democrats as they are Republicans ‘ – Andrew Surabian]

He shared the stage at Elizabeth Warren’s presidential campaign launch. He’s featured in her online fundraising pitches and stars on her social media accounts. He even has his own selfie lines at organizing events.

Bailey, Warren’s fluffy, cheerful golden retriever, has emerged as the senator’s top surrogate and a phenomenon in his own right.

Many voters know Warren as the wonkish former Harvard Law School professor who was behind the creationof the Consumer Financial Protection Bureau. She’s laid out an ambitious and detailed platform to tackle social and economic inequality, big money in politics, and Washington corruption.

But Warren’s 2020 campaign is also trying to highlight personal narratives — about her life growing up in Oklahoma and as a young mom — to connect with voters.

That’s where her canine comes in. Nine weeks into Warren’s campaign, Bailey — who arrived as a gift from her husband in July and was named after the protagonist in “It’s a Wonderful Life” — is all over the place. 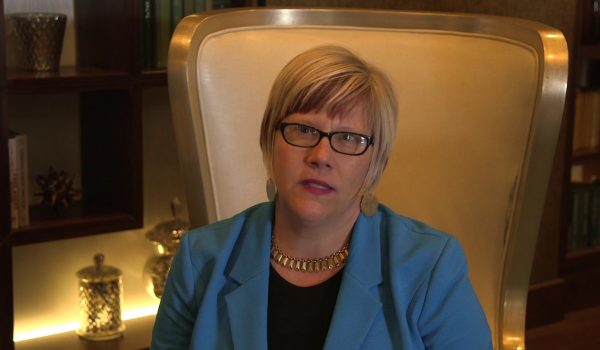 Abortion clinic owner: ‘The Jesus I was taught would hold women’s hands’ as they abort their baby
Next Post
Now it’s Georgia’s gubernatorial election results that Hillary Clinton refuses to accept