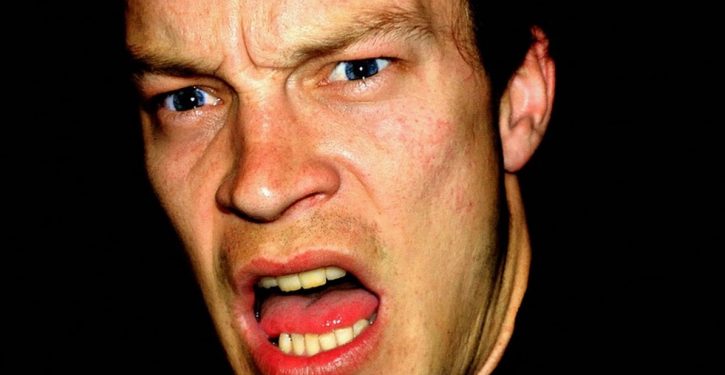 In the mid-2000s, a political scientist approached the neuroscientist Read Montague with a radical proposal. He and his colleagues had evidence, he said, that political orientation might be partly inherited, and might be revealed by our physiological reactivity to threats. To test their theory, they wanted Montague, who heads the Human Neuroimaging Laboratory at Virginia Tech, to scan the brains of subjects as they looked at a variety of images—including ones displaying potential contaminants such as mutilated animals, filthy toilets, and faces covered with sores—to see whether neural responses showed any correlation with political ideology. …

When the data began rolling in, any skepticism about the project quickly dissolved. The subjects, 83 in total, were first shown a randomized mixture of neutral and emotionally evocative pictures—this second category contained both positive and negative images—while undergoing brain scans. Then they filled out a questionnaire seeking their views on hot-button political and social issues, in order to classify their general outlook on a spectrum from extremely liberal to extremely conservative. As Montague mapped the neuroimaging data against ideology, he recalls, “my jaw dropped.” The brains of liberals and conservatives reacted in wildly different ways to repulsive pictures: Both groups reacted, but different brain networks were stimulated. Just by looking at the subjects’ neural responses, in fact, Montague could predict with more than 95 percent accuracy whether they were liberal or conservative.