[Ed. – The justification behind this utterly insulting speculation is flawed. Barack Obama set all sorts of records for overstepping his executive powers and declared multiple ‘national emergencies’ that were dubious.]

President Donald Trump’s critics are increasingly focused on the question of which Democrat will challenge him for the presidency in 2020. It’s an important question, but another one might be even more important: Regardless of who runs in 2020, if Trump loses, will he leave the Oval Office peacefully?

Let’s start with why we need to ask this question: Trump is increasingly proving himself to be a President eager to overstep his authority. Just last week, Trump displayed his willingness to invoke unprecedented presidential power to declare a national emergency utterly without justification. This week has brought a startling report from the New York Times that, for the past two years, Trump has tried to undermine the investigations by Special Counsel Robert Mueller and other parts of the Justice Department in order to, in the words of the Times, “make the president’s many legal problems go away.” In light of these overreaching assertions of his own authority, it’s at least plausible that Trump might attempt to cling to power in ways previously unimaginable by an American president. 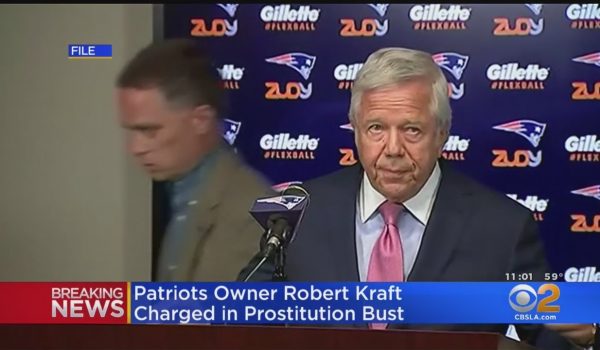 ‘Robert Kraft not the biggest name involved’ in Florida prostitution case
Next Post
Ocasio-Cortez schooled for declaring, ‘I’m the boss … we’re in charge’