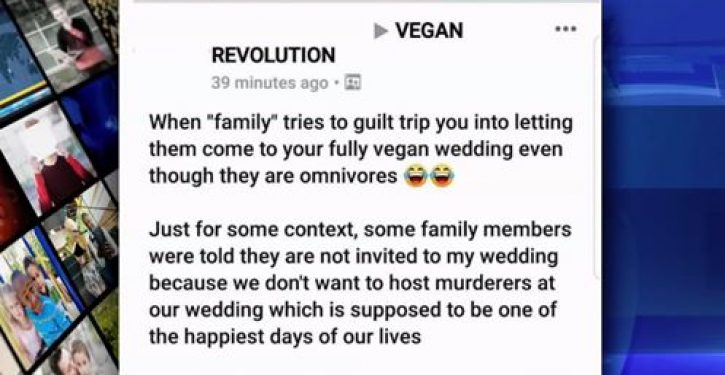 [Ed. – The lonely lives of liberals at the fringe]

A bride-to-be has a lot of people talking about who she is and isn’t inviting to her upcoming wedding.

Not only does the woman want her guests to eat vegan on her wedding day, she wants them to give up animal products forever.

Anyone who refused was promptly uninvited, including her mom and two cousins, who were bridesmaids.

This might have stayed a private matter, but the bride posted something in a Facebook group called, ‘Vegan revolution,’ asking for advice about her omnivore family guilt-tripping her into hosting “murderers.”

As for reasoning, the bride who is 20, says even though her loved ones were originally invited and agreed to a vegan menu, she couldn’t go forward knowing they would go back to eating meat the next day.

She also claims many in her family are anti-vegan and will attack her vegan friends. 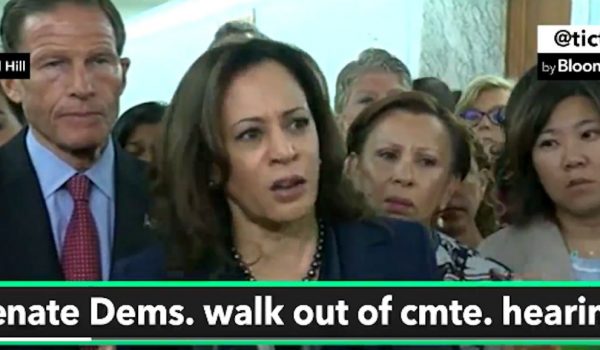