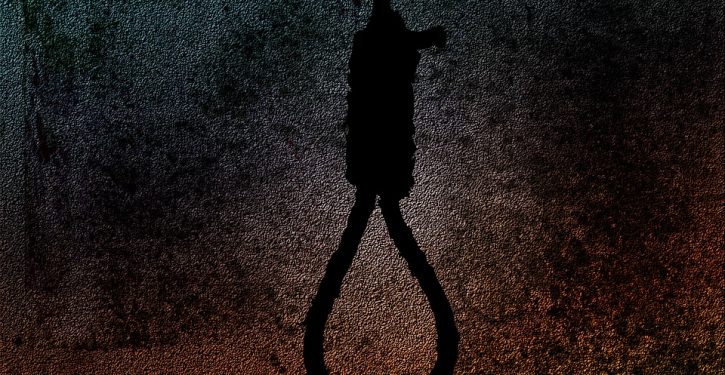 [Ed. – What is the likelihood this doesn’t turn out to be another hoax?]

Three teachers at a middle school on Long Island, New York, have been placed on paid administrative leave after an image of a pair of nooses labeled “back to school necklaces” were displayed in a classroom, officials said.

The teachers have been “reassigned to home” with pay pending an investigation, according to Alfred T. Taylor, school board president of the Roosevelt Union Free School District.

All three teachers are white, he said.

The noose images were part of a larger collage that was in one of the classrooms at Roosevelt Middle School, which has a student body that is almost entirely black and Hispanic. The collage showed two nooses and also featured the words “ha” and “#yes.”

The school district in the town of Roosevelt said it took “appropriate action” against the teachers for the display of the “racially offensive images” when it was made aware of the incident Thursday.