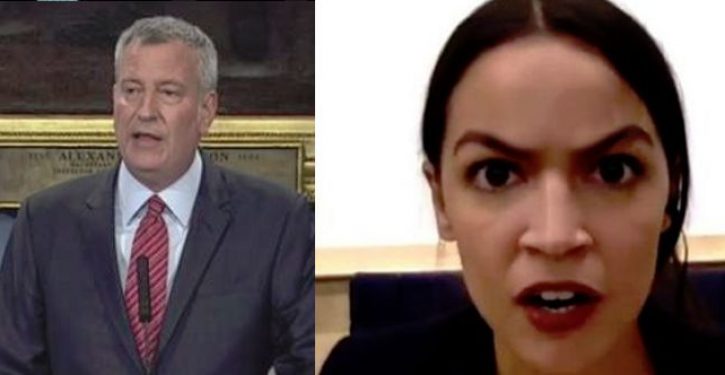 New York Mayor Bill de Blasio slammed Congress freshman Alexandria Ocasio-Cortez claiming she’s ‘out of touch’ and is failing to be a ‘progressive’ leader after she helped push Amazon out of New York.

The liberal mayor took aim at the Democratic-Socialist Congresswoman, who boasts herself as a progressive voice, in politics in an interview with The Brian Lehrer Show radio show on Friday.

‘As a progressive my entire life — and I ain’t changing — I’ll take on any progressive anywhere that thinks it’s a good idea to lose jobs and revenue because I think that’s out of touch with what working people want,’ the mayor said on the WNYC radio show.

Come for me all you want, but my job is to make sure that people are protected in society.

Someone’s got to look out for the people our system is leaving behind – esp now, when most of the wealth created is going to fewer people, those left behind are the majority of Americans.