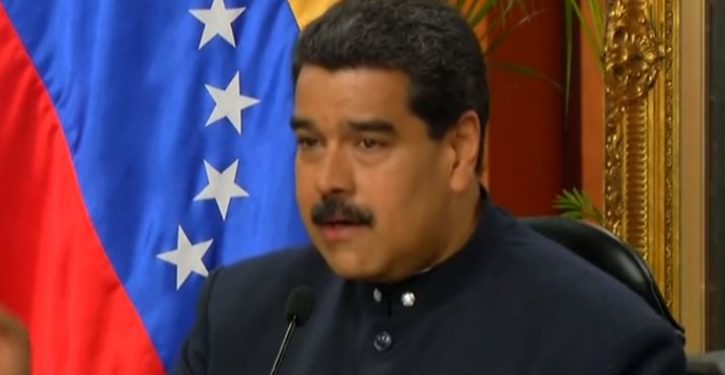 [Ed. – This is being breathlessly reported as Maduro meeting with the officials, but what he actually says is that his foreign minister met with them in New York. Meanwhile, as Jazz Shaw notes at Hot Air, the media’s tone makes it sound as if the U.S. is responsible for the crisis in Venezuela.]

“If he wants to meet, just tell me when, where and how and I’ll be there,” Maduro said without providing more details. He said both New York meetings lasted several hours.

U.S. officials have not denied Maduro’s claim of talks.

A senior administration official in Washington who was not authorized to speak publicly said U.S. officials were willing to meet with “former Venezuela officials, including Maduro himself, to discuss their exit plans.”