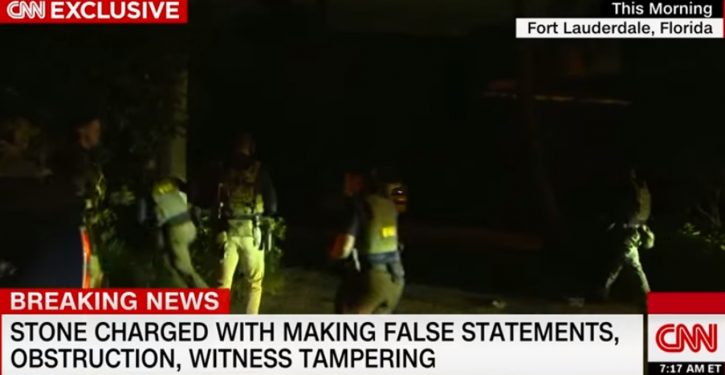 [Ed. – It sounds like Stone’s got a case. What makes the case isn’t the time CNN set up outside Stone’s home, but the time CNN forwarded a copy of the indictment text to one of Stone’s lawyers.]

CNN obtained Roger Stone’s indictment from someone allegedly in the Special Counsel’s office hours before it had been unsealed by the court, thus allowing the news outlet to stage a camera crew outside his home and lie in wait until armed FBI agents arrested him, according to a motion filed by Stone’s lawyers Wednesday morning.

The evidence appears to rest on when the indictment was unsealed by the court.

According to the motion, the clerk’s office “informed counsel for Mr. Stone that the Indictment’s entry into the docket was made on January 25 at 8:55 a.m., more than two- and-a-half-hours after the news reporter sent the “draft” Indictment to counsel…