A new mural of famous freshman Congresswoman Alexandria Ocasio-Cortez, who represents parts of the Bronx and Queens, has gone up far from her district on the Lower East Side. And based on the reactions of my colleagues, everyone agrees it definitely kinda sorta mostly looks like her, so good job!

It took about four hours for artist Lexi Bella, who has previously put up portraits in honor of everyone from Martin Luther King Jr. to Frida Kahlo, to complete the mural in January. The approximately 10-by-8-foot painting is currently up inside the First Street Green park—which has around 20 murals up at any given time—on Houston close to Second Avenue.

“I was so moved by her being sworn in in January,” Bella told the Post. “It was such an incredible David & Goliath story when she beat Crowley in the primary battle, and I think she actually embodies the kind of politician that the people who built this country intended. … She’s the embodiment of inspiring change.” 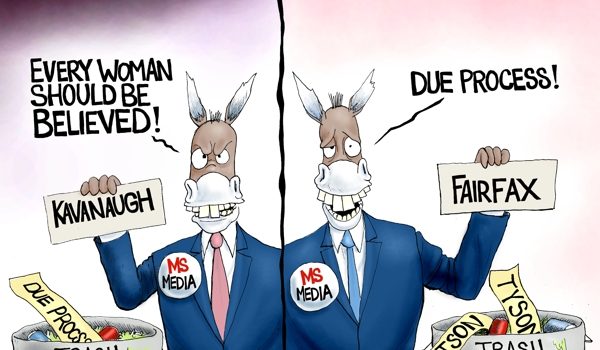 Cartoon of the Day: Democratic privilege
Next Post
3 on Delta flight sent to hospital after turbulence forces emergency landing