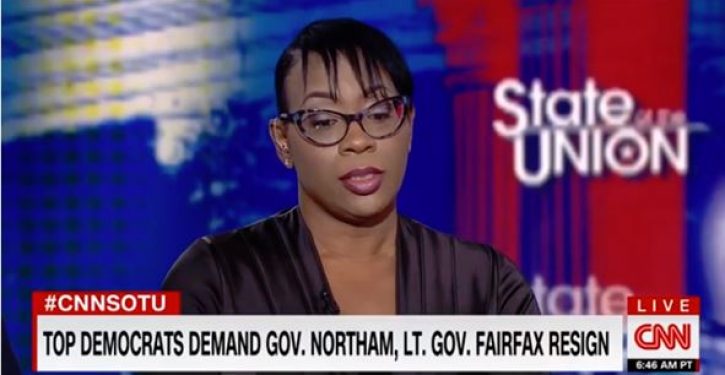 [Ed. – Once again, blaming Trump for actions that predate his presidency.]

Rep. Nanette Barragan (D., Calif.) blamed President Donald Trump for the recent scandals plaguing Virginia’s top three lawmakers, all of whom are Democrats, during an appearance Sunday on CNN’s “State of the Union.”

Anchor Jake Tapper, in an exchange flagged by Mediaite, pointed out that Democrats would not want all top three officials—Gov. Ralph Northam, Lt. Gov. Justin Fairfax, and Attorney General Mark Herring—to resign, thereby ceding power to the Republican speaker of the House of Delegates.

Barragan shifted the focus to Trump.

“No, but we need to think about doing what’s right and what’s right for Virginians and what’s right overall. The race issue in today’s day and age with the president at the helm who has been one of the most divisive presidents and, frankly, racist himself, is a conversation we do need to have, but looking at just the line of order and saying ‘no we’re not going to do that because of the consequence,’ is not the right way to do this,” Barragan said.