[Ed. – The man not stabbing his partner could also have been prevented the fatal shooting.]

The NYPD said that its officers had no choice but to shoot a man when he stabbed his domestic partner.  The shooting killed the man, but helped to save the life of his apparent victim, according to police.

An indicator of what had happened was apparent from the street, eight stories below the apartment here where the shooting had occurred just before 7 a.m.:  a bullet hole was visible through one of the windows of the apartment.

The bullet was from one of five shots fired when what had seemed to be a relatively routine domestic dispute response got intense, according to law enforcement.

“This happened in an instant. Within a second,” said Terence Monahan, the chief of department of the NYPD, at a news conference about two and-a-half hours after the incident.

Chief Monahan explained that the fatal incident at 227 Cherry Street that brought out dozens of detectives, evidence analysts, crime scene investigators and other law enforcement was a response to a 911 call. 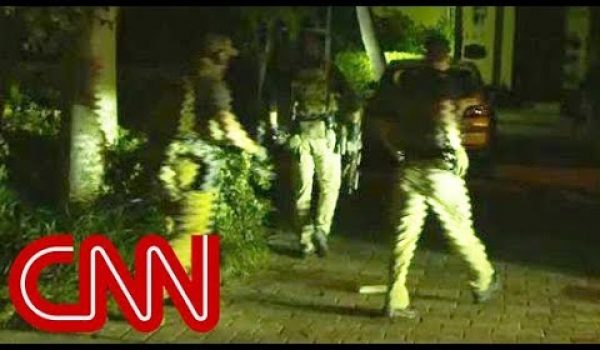