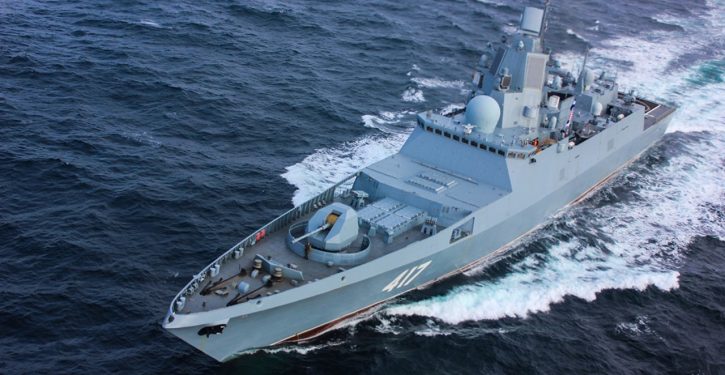 [Ed. – Something like this was only a matter of time. It will be interesting to see if nations band together to prohibit such weapons by international convention.  This is the kind of thing that could be used against the civilian population as well as against military personnel, but in either case, it may be deemed to have unconscionably deleterious effects, with repeated or extended exposure.]

The Russian Navy reportedly has a new weapon that can disrupt the eyesight of targets as well as make them hallucinate and vomit.

The weapon fires a beam similar to a strobe light that affects the target’s eyesight, making it more difficult for them to aim at night. During testing, volunteers reportedly used rifles and guns to shoot targets that were protected by the weapon. The volunteers reported having trouble aiming because they couldn’t see. …

The weapon, called the Filin, has reportedly been installed on the Admiral Gorshkov and Admiral Kasatonov, two Russian warships. The weapon is expected to be installed on more ships that are currently being built.