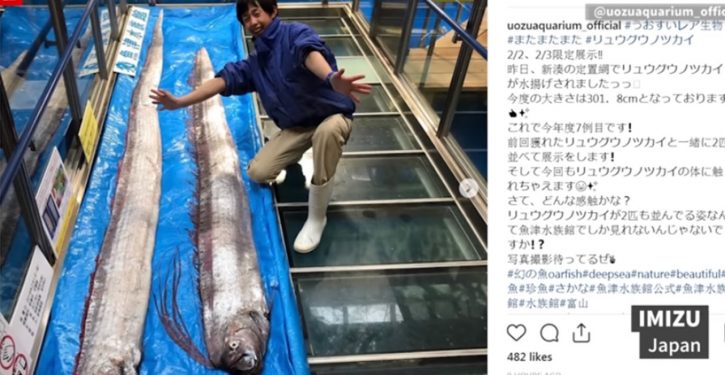 Oarfish that surfaced in 2019, ready for their close-up. Uozu Aquarium via Star TV video

[Ed. – More stuff out there than is dreamt of in your philosophy…]

Photos posted on Instagram showed one of the two deep-sea dwellers — which reportedly measured 10.5 and 13 feet, respectively. One was found on the shore of Toyama Bay and the other got caught in a fishing net near the port of Imizu.

According to Japanese legend, the fish will purposely rise to the surface and beach themselves whenever they believe trouble’s on the way. Residents have reported their presence before the arrivals of tsunamis and earthquakes in the past — including the 2011 Fukushima quake. However, experts have said not to worry.

“The link to reports of seismic activity goes back many, many years, but there is no scientific evidence of a connection so I don’t think people need to worry,” explained Hiroyuki Motomura, a professor of ichthyology at Kagoshima University who spoke to the Morning Post.

Ocasio-Cortez: I acknowledge my privilege being born ‘cisgendered’
Next Post
Atlanta building with Kaepernick mural on it demolished 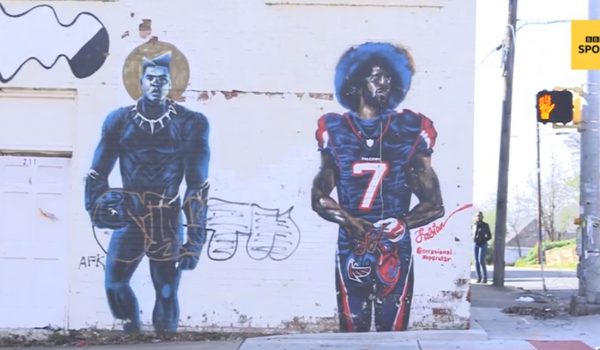