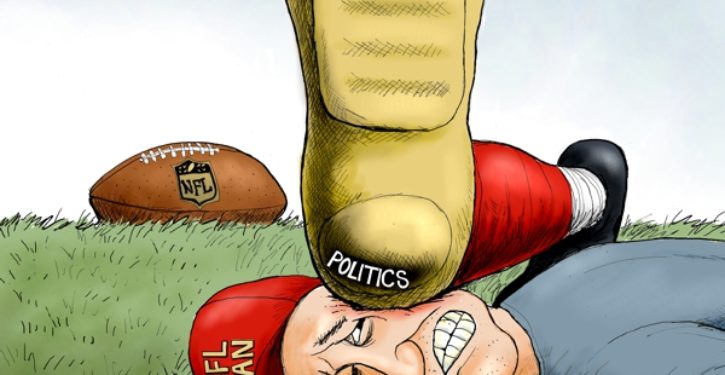 [Ed. – Taking a dump would seem to be more appropriate.]

Maroon 5, Outkast’s Big Boi, and rapper Travis Scott will perform in the Super Bowl hafltime show, despite pleas from celebrities like Amy Schumer and Rhianna to “boycott” the event over the NFL’s treatment of out-of-work second string quarterback Colin Kaepernick.

But that doesn’t mean social justice warriors are about to let the three performers — and any other “special guests” who might make an appearance — off the hook. If they insist on performing at the Super Bowl, the SJWs now say, the least they could do is “take a knee” in support of Kaepernick’s plight to end institutionalized racism.

Complex reports that a group called “Unstrippedvoice” has started a petition requesting that performers who insist on lending their talents to the National Football League demonstrate their commitment to wokeness by making a public political statement during their show.

“It appears these artists aren’t backing out at this point,” Unstrippedvoice writes. “So now what? There’s one way they can still redeem their reputation with their fans. Maroon 5, Travis Scott, and Big Boi: take a knee during your set.”