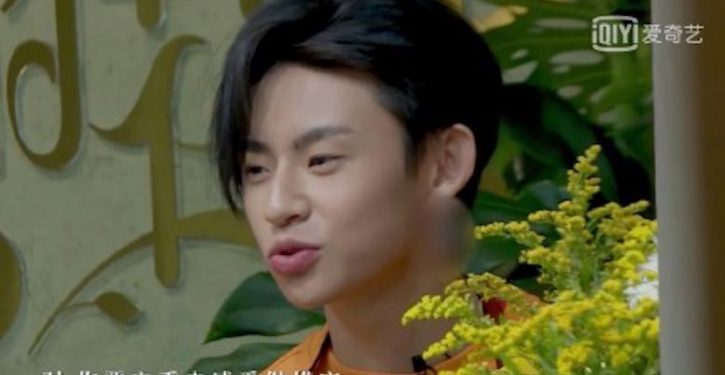 Chinese TV personality Jing Boran has something on his ear that authorities don’t want you to see.

In the latest episode of the popular Chinese reality TV show “I, Actor,” the young star’s face is digitally altered to blur out his earrings.

Jing, who held lead roles in Chinese box office hits “Monster Hunt” and “Time Raiders,” is not the only victim of the alleged “earring ban.” Images circulating on Weibo, China’s version of Twitter, show several other young male stars with blurred circles on their ears.

It’s unclear if Chinese regulators have issued a specific directive barring men from being shown wearing earrings, or whether TV stations are reacting to a shift in what is considered culturally appropriate.

Grace Leung, a professor at the Chinese University of Hong Kong’s School of Journalism and Communications, said the decision to blur earrings is likely influenced by the government’s desire to minimize Western impact in China’s pop culture.

Ocasio-Cortez attends Women’s March, claims it’s Trump who’s anti-Semitic, not them
Next Post
Pelosi has gone ‘all in’ on gov’t shutdown: Will her gamble pay off?