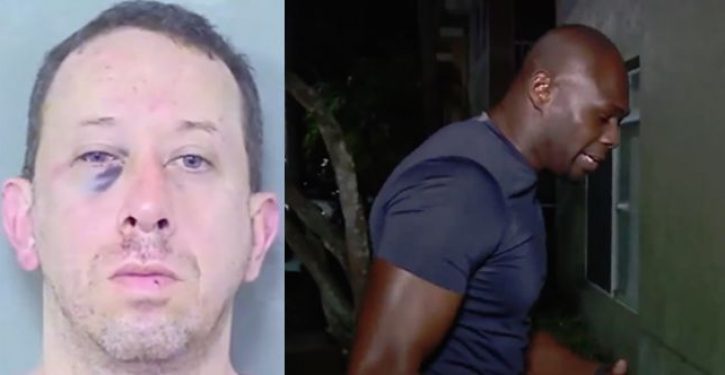 [Ed. – It seems as though there’s a lesson in there somewhere.]

Geoffrey Cassidy, 48, was arrested Monday on a charge of lewd and lascivious exhibition. Cassidy’s arrest photo shows him with a black eye and a cut on his lip.

According to a Palm Beach County Sheriff’s Office probable cause affidavit, the girl’s father caught Cassidy crouched in some bushes by the window with his hands in his pants.

The father yelled at Cassidy, who ran away. But the father, identified by WPBF as former NFL defensive back Tony Beckham, chased after Cassidy and tackled him to the ground.

“I couldn’t believe it. I was like, ‘Is this for real?’ I thought I was getting ‘Punk’d,'” Beckham told WPBF.

Beckham’s wife came outside, saw her husband holding down Cassidy and called 911.

“I caught him at the apartment over there and we just had a good conversation,” Beckham said. 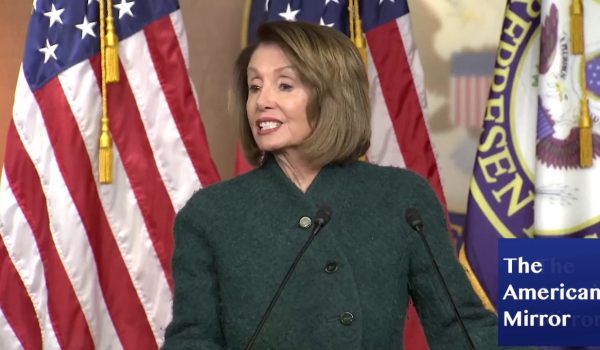 Pelosi gets revenge against one of the Dem rebels
Next Post
MSNBC’s Nicolle Wallace: ‘There isn’t a strain of racism on the left’