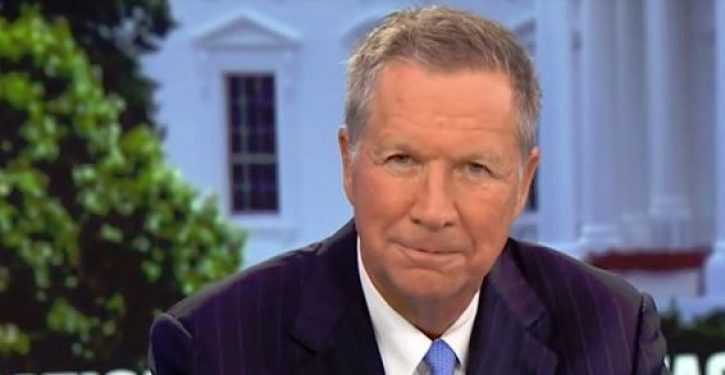 John Kasich’s time as Ohio governor just came to an end. And his time as a CNN commentator just began.

On Tuesday morning CNN announced that Kasich is the newest addition to the network’s stable of commentators.

He will appear as a guest across an array of CNN programs. Kasich’s first appearance will be on “Cuomo Prime Time” on Tuesday night. His hiring was first reported by Axios on Tuesday morning.

Kasich’s move to CNN is notable because he is one of the most prominent critics of President Trump within the Republican Party. He has declined to rule out a 2020 primary bid against Trump.

Kasich first took on Trump in July 2015 when the then Ohio governor announced his bid for the Republican presidential nomination. He dropped out of the race in May the following year after Trump emerged as the presumptive GOP nominee.

Julian Castro warns Trump he wouldn’t pardon him if elected in 2020
Next Post
Poll: 59% of Americans support raising the top tax rate to 70%